A Story of Transformation

When I was a child my mum had schizophrenia and was in and out of mental hospitals. Grandma looked after me and gave me anything. We had an agreement, I never wanted to go to school but as long as I got grades above a C, I got a present. I ended up studying and getting my GCSE’s A-C. I smoked a spliff when I was 15 yrs old, I was around drug users, I started selling drugs and that was a big mistake. 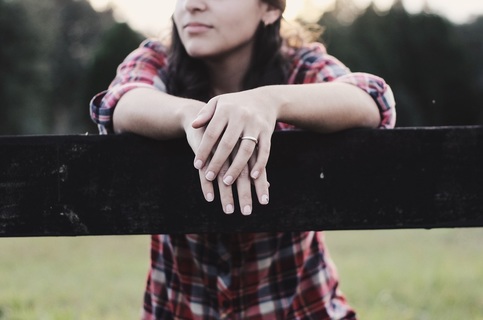 When I was 18 I smoked crack cocaine. It’s a horrible thing, it affects you mentally. I used to go out on the beat working to make money. The first time I went out to work it was easy, I was giving people drugs on tick, so I had to work to pay off their debts because I owed so much money. The clients like young girls, we used to get £30-£40, they pay less now. It costs £10-£15 for two bags; heroin and crack. Most people use crack to come up, it sends you hyper and then heroin for coming down. 95% of the girls are doing both. There is less money on the beat so a lot of girls will shop-lift in the day and sell it on to make money. My best achievement is coming away from the drugs and people I know. It’s hard, people are always asking me for money and trying to get me to use with them. I was in jail 19 times in seven years. Everyone was expecting me to go back to jail but it’s been a year and I’m not going back. I want to be a support worker, you have to train and be clean for 12 months. I’ve been coming to Jericho Road since it opened, it is a good influence. It’s the relationships that help, I feel accepted. They are there for me if I need anything.'

Details of Data Controller are